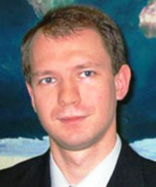 He holds a PhD in economics and is director of the Economic Theory Department at the Institute for World Economy and International Relations [IMEMO]. He holds a chair at the Moscow State Institute for International Relations (MGIMO). He is an adviser to the EU-Russia Industrialist Round Table and to the Committee for industrial politics of the Russian Federation of Industrialists and Entrepreneurs. At this point, he is involved in more than 25 projects aiming at the elaboration of recommendations for Russian economic policies. He is Russia´s leading specialist in the area of economic and political model building and the analysis of the regulation of international trade and investment. His principal fields of research are political economy of economic policy; political economy of global economic governance; theory and history of international trade and investment; political and institutional problems of developing markets.

She graduated from the Financial Academy of the Russian government and is currently director of the Development Center, Higher School of Economics, (Moscow) as well as a member of the research council of this institution. She specializes in macroeconomics, government finance and finance management of private households. She can draw on her experience as collaborator in the banking department of the Internal Revenue Service and the research department of the Russian Central Bank.

He was deputy to the Supreme Soviet of the Russian Federation (parliament), and served as First Deputy Minister for Economic Development and Trade. He also was a member of the scientific council of the Moscow Carnegie Center. Until 2014 he directed the Center for Strategic Research, an institution established by the government mandated to elaborate major policy documents and programs. At this point, he is President of the Partnership “New Economic Growth” which was in turn founded by former Minister of Finance, Aleksey Kudrin.

He holds degrees in economics awarded by Russian and US institutions of higher learning. He is lecturer at the Moscow Higher School of Economics and Chief Rating Officer for regional and infrastructural ratings of the Rus-Rating Agency. As a senior analyst and project worker employed by such organizations as Alliance Bernstein, the World Bank or several Russian investment companies and corporate clients (Gazprom, Rosneft) he was in charge of elaborating strategies for Russian debt markets, analyzing the indebtedness of Russian regions as well as interest rates. His main professional focus is on debt markets, regional economies, government and municipal finance and the economics of old-age pension systems.

She is Russia´s leading specialist in economic geography and directs the regional program of the Independent Institute for Social Policy (Moscow). She holds a chair at the Department of Economic and Social Geography of Russia at the Faculty for Geography of Moscow State University. She directs programs of several Russian ministries and is involved in UN-sponsored projects. On top of that, she authored 12 annual reports on the development of human resources in Russia for the International Labor Organization as well as research reports for the Social Development Foundation (World Bank).

Print This Page
“Insight Russia” is a platform of
independent academics who provide
case-driven policy and regulatory advice based on rigorous analysis of information.